A very interesting time in the mid-eighties led me to go to try my hand in the Automobile Industry selling cars. I remember I was licensed at Century 21 on Dale Mabry Hwy at Geiger Corp and ventured over to Bill Currie Ford to say hello to a couple of friends and see how they were doing. Daryl Arthurs latched on to the opportunity to lure me in for a try at Used Car Sales. So at least my electricity was being paid, and after a while, I more or less got stuck in the rut of depending on car sales for a living. Walt Thatcher was our GM and we had many GSM's come in and out the door of the company. Wow, I worked with a lot of people because all together we had over 120 salespersons on the floor. I worked with Julie Goggans, Scott Bernardi, Johnny Jumpe, Robert Alorida, Woody, Leon Yohi, and Delisio to name just a few. My sales managers were John Allender, Carl Furhman, Doug Bailey, Richard Roberts, Pat Cooper, and Mike Frey. Next, I moved with some of the managers over to Abraham Chevrolet where I worked on Hills. Ave for a couple of years. I started in the restaurant business in 1976. I lived in Tampa, Fl and as I was growing up I started to work washing dishes at the age of 14. My mom gladly signed the paperwork which was required to work underage. CDB's Pizza and Italian Restaurant was started with a $5,000 parental investment which would later become a Real Estate and Entrepreneurial Empire. For myself, I never really worked because I loved my job so much that I would have done it for free. I actually have the same attitude now. My family and next of kin are Multi-Millionaire Land and Farm Owners. My mom was the leader and highest achiever at her high school. My Uncle Danny owns several businesses' and generates more than 3 Million Dollars a year in net profit, while also supplying the state of Tenn. with over 100 high paying jobs. By the way, my mom was the valedictorian of her high school and she also surpassed over 350 individuals to become #1. We had a wrap on fun and excitement in Tampa.

Edward E. Cambas has over 30 years total experience in Business Development and Real Estate and here is some of the story. I started working at the age of 15 years old raising funds for the Police Benevolent Association (PBA). In the mid-1980s, an opportunity presented itself to work in Real Estate. Initially I started working with Ariel Quintella selling properties in Lutz and doing general sales. I also worked at Century 21 Geiger and ERA the Polo Group on Dale Mabry Hwy. Following the trends of the time In 1990, I became licensed as a Series 7 Registered Representative and began to raise capital as an investment advisor/ stockbroker. This was kind of like what you see in the movies with all of the large paychecks. We were living in a fantasy world of glitz and glamour although making 200 cold calls every day has its drawbacks. I can remember going for happy hour beers and appetizers at rocky point near the beach in Tampa. Then it was back to the office to cold call for a couple of hours before heading home for the evening. I later became licensed as a Series 24 and was a managing director for a New York Investment Banking Firm and acting Principal for the Tampa offices. I knew that having the most prolific license would open doors for me and at the time it looked like Investment Banking was a great fit. I supervised agents directly in my office earning more than $60,000 per month and it seemed that the most successful persons either had a book of business or were getting darn good "hot" leads from a proprietary source. I was in charge of all the hiring and compliance in the office, and responsible for production - answering to my wall street bosses. I was really slick and experienced at a young age but not as slick as wall street.

In addition, Edward Cambas began to develop various small business operations which were Travel and Marketing related to training and working at both Interval International and Carnival Cruise Lines. In the early 90's we were generating over $500,000 per week at our travel operations in Tampa, FL. At that point, I was initially a sales manager, then general manager, moving up to Vacation Break Tampa Franchise partner with Dean Gruber. Dean had around 7-8 franchise offices and was in charge of Tampa operations - outbound sales. Frank Burkett had the "lock" on inbound sales with approx. 600 total agents working in Tampa and Pinellas. Our operations were prolific and highly recognized by the Bahamian authorities as a large source for revenue. I can remember a trip to the Bahamas where only franchise owners were allowed to participate along with key members of the various groups. We were traveling on private yachts, chartered airplanes, and treated like royalty. The big guys and heavy hitters were invited one night to dine on lobster and steak with champagne while we watched the waves roll in from the Caribbean. This was with Kevin Sheehan and all of the Tampa Franchisees mostly. Tampa was responsible for around 65% of their book of business. We ran freeport and were the kings of travel. The key to our success was lead generation... and developing warm prospects. It would not have seen the light of day without the "warm lead" process. We had the product, people, leads and processes.

Mr. Cambas decided to venture back into travel and he understood he needed money and power. What better way to gain money and power than to merge his operations with the Ciaccios. Steve, Joe, and Jimmy have been friends of the family for years all the way back to 1973. Gaspar Ciaccio, the father was personal friends of my father E. Earl Cambas. So as far as the Mafia connections, this is only conjecture. The movie "Good Fellas" had the Henry Hill gang coming to collect money from Mr. Ciaccio Sr, and this event landed several persons in jail in New York on conspiracy and racketeering charges. When the Henry Hill gang flew to Tamp to collect on a $120,000 bet that was owed to the New York Capposthey beat him and pistol-whipped him. Thankfully, Gaspar escaped the beating and was able to make good by calling a Doctor friend who fronted him the amount to satisfy the debt. This is all represented in the book "wise guys," and later was conveyed in the movie "Good Fellas," starring Joe Pesci, Robert DeNiro, and Ray Liotta. Since Gaspar's wife saw him all beat up and bloodied she contacted the authorities. It turns out that she was a secretary for the Tampa FBI. The case landed several mob bosses and lieutenants in prison. In addition, the scandal gained a ton of publicity from the authorities and the public at large. A lot of the witnesses in the case died sudden unusual deaths prior to testifying which never were proven to be nefarious.

So the stigma was that Edward Cambas got the mafia into the travel business which he denies. Stevie Ciaccio and Edward opened Florida Promotions and Travel in 1991. Our agreement was 51/49 which later was proven to be a bad decision on Mr. Cambas' part. At some point after generating $30,000 per week in net profits for the operations, a split was inevitable. Since Mr. Cambas was the mater-mind, there was an offer on the table which Cambas accepted. This business completely funded a house on the river complete with a dock and a speed-boat. I always told the wise-guys that nobody scared me and that I will take my badge of honor to the death.  I was down for the count and fear was not a word in my vocabulary. I brought in a lot of "funny money" which stunk like mold from the boys.

One night I was privately conversating with Stevie about our business. I asked him about his father and the mafia. First, he went to the back and brought a bottle of vodka. He calmly sat down in front of me and suggested that "if you want to know about the mafia, you have to ask my dad." So after that at 4 am in the morning we did a shot. I told him that I had 3-4 ladies at my house needed my utmost nurturing and attention. The truth is that I was on top of the world with money, power, and ladies.

I ran multi-million dollar enterprises as Sales Manager, General Manager, and Owner/CEO. In 1992, I became a Lic. Real Estate Broker in 1992 and maintained a small office in Gulf South Center while still working in the Travel Industry. I am still licensed as a Broker now in 2014. My specialty is in Investment and sale-by-owner properties. I also worked with Allstate Homes/Metropolitan Ministries and the City of Tampa to develop inner-city vacant properties under government programs which benefited the non-profits and lower-income families. Thanks to Steve Hanson (General Manager) and Pete Ruskin ( owner- retired now fishing in the keys.) Allstate homes literally were 40% responsible for developing north Tampa. This was a multi-generational operation that reined in the 1970s, and in my opinion strained to find their real identity in the new millennia, however, they are fully operational and I would say all the bills are paid in full and the company is profitable.

Today, Edward Cambas is focusing on working with his agents and developing various sales and marketing strategies from the Kendall, FL office location. He specializes in Rental and Investment Properties and is available for contact right away and 7 days per week. In addition, Edward also has his small travel operations open specializing in Airfare, and Cruise booking for Carnival, NCL, and Royal Caribbean in association with Travel Network in New Jersey. The major part of the operations involves a strong online profile, along with aggressive internet marketing and affiliate marketing techniques in conjunction with Social Media. 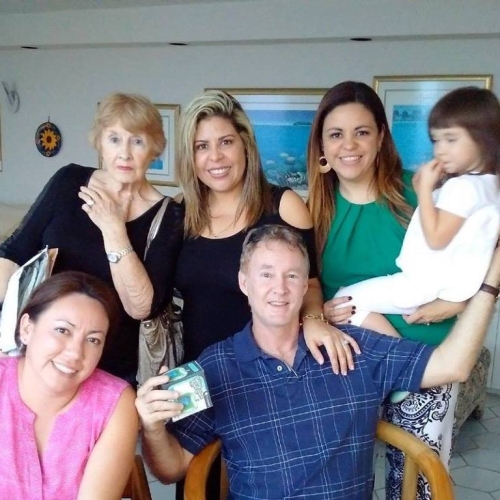 We are building a  team "5 Star" with Tina and Juan in Kendall Dennys. See you at the top. I am personally excited to take on this challenge.

Another EC Website developed by Edward Cambas. All rights reserved.